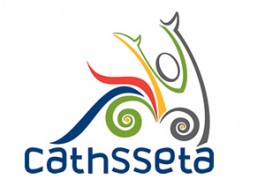 Enterprise Support training which took place on the 04 April – 15 April 2016, this training intervention was funded by CATHSSETA.

The main objectives of the programme was to conduct a skills programme for SMME’s, woman, youth and people leaving with disability  within three province  namely; Limpopo, Eastern Cape and Western Cape.

This project contributes in addressing the scarcity of skill professional within the Municipality in South Africa. This group of learners was selected for the following qualifications/Skills programme:

The following key aspects have contributed to the success of the project thus far:

The four hundred and forty-seven (447) SMME’s, unemployed rural youth, woman and people living with disability applicants were recruited, screened and chosen from their communities for these programme and were more likely to be selected when they demonstrated management and leadership capability through passing the pre-selection test.

Number of learners per province/sites

The entire project was located in and around communities where the SMME’s, woman, youth and people living with disabilities offices are residing.

The general impression gained is that the learners have since their orientation benefited and have begun to look at themselves (self-awareness) in a more enlightened way. They realised the need for networking and the importance of working as a team to gain support and strength which would ultimately benefit the community and their service delivery had become evident to them.

They will motivate others to follow in their footsteps.  These learners could become forerunners of economic development awareness in South Africa, possible practitioners, mentors/trainers of the SMME’s and Local Governance awareness issues.

1,213 Responses to “Norkem Leadership Development Institute is proud to announce the completion of the Small Medium”